TOWER OF BONES
series based in the World of Neveyah

The gods are at war, and Neveyah is the battlefield. 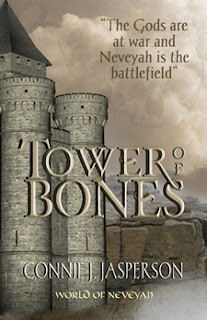 This epic fantasy series opens with Tower of Bones, and follows Edwin Farmer as he journeys deep into the lands claimed by the dreaded Bull God, in an attempt to rescue a girl he has only met in his dreams. Tower of Bones is on sale everywhere in eBook format for just  .99 cents., and the paperbook is $17.99 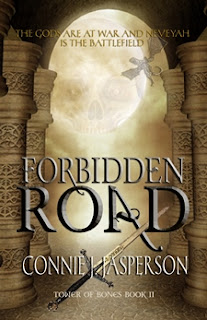 Forbidden Road – takes up Edwin’s story six years later. When four mages are sent into the shadowed lands claimed by the mad priest of the Bull God, who will return unscathed? Sorrow, peril, and magic await in the Valley of Mal Evol. 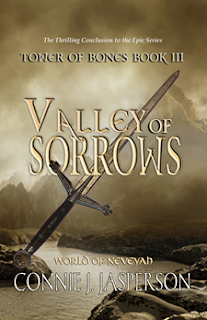 Valley of Sorrows – the thrilling conclusion of Edwin Farmer’s story. Four men, war-weary and grieving, must face the new Overlord of Mal Evol in a race to close off the Braden Gap and protect the heart of Neveyah. Who will prevail when the Legions of Tauron arrive…? The gods are at war, and Neveyah is the battlefield. 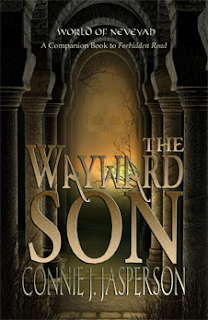 The Wayward Son – takes place concurrently with Forbidden Road, but follows John Farmer’s story. War looms and John must answer the call to serve, but his terrible secret could destroy everything. A broken mage trying to rebuild his shattered life, he must somehow regain his abilities, or everyone and everything he loves will be lost. John must face the crimes of the past to become the hero he never was. 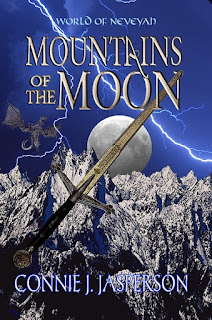 Mountains of the Moon – Before the Tower of Bones, there was Wynn Farmer,
the legendary smith and lightning-mage. Danger, mystery, and dark prophecies, lie deep in a gauntlet of jagged peaks and deadly traps. Can Wynn survive the dark secret hidden in Tauron’s stolen castle before the Bull God’s minotaurs overrun Neveyah?

You can purchase the Tower of Bones series and all the books set in the World of Neveyah from these fine vendors:

Posted by Connie J Jasperson at 6:42 AM No comments: